The history of quality management can be traced way back to medieval Europe where work completed by journeymen and apprentices was evaluated an inspected by a skilled worker to ensure that the quality of the finished product was up to the required standard, and most importantly, ensured the satisfaction of the buyer. Although quality management had undergone a number of important changes since that time, the end goal has always been the same, but it wasn’t until the 1920s that quality management systems, as we know them today, started to surface and the following chapter is intended to provide you with a sort of ISO 9001:2015 ‘time map’. 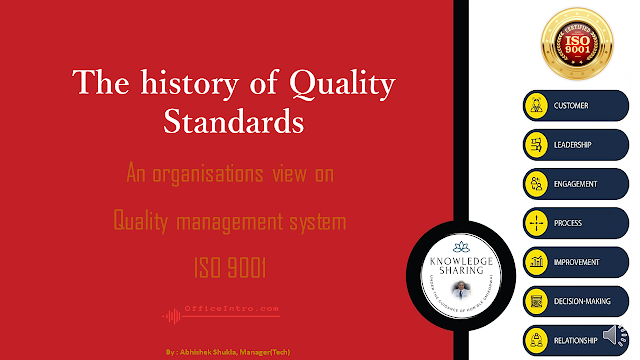 The quality movement can trace its roots back to 13th century medieval Europe, where craftsmen began organising themselves into unions called guilds. These guilds were responsible for developing strict rules for product quality, and inspection committees enforced the rules by marking flawless goods with a special mark or symbol. Craftsmen themselves often placed a second mark on the goods they produced. At first this mark was used to track the origin of faulty items, but over time the mark came to represent a craftsman’s good reputation and symbolised each guild member’s obligation to satisfy his customers and enhance the trade’s reputation.
Until the early 19th century, manufacturing in the industrialised world tended to follow this craftsmanship model until the Industrial Revolution and the growth of the factory system – with its emphasis on product inspection became increasingly important, and gradually manufacturers began to include quality processes in their quality practices. 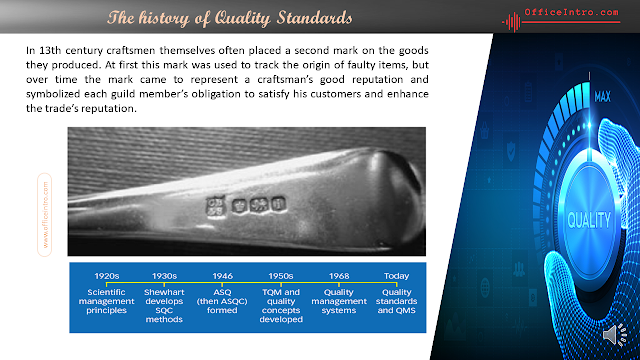 In the 1920s, a Munitions Standard was developed by the UK Ordnance Board to guarantee that bullets used during the 1st World War were good (and safe!) enough to be fired. This standard is now known as Def Stan 13–131 and is the benchmark by which all munitions are currently measured. 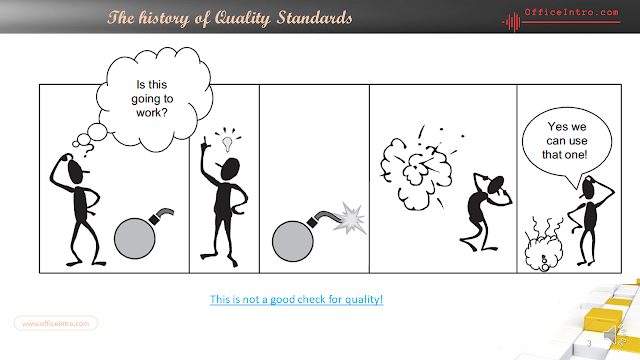 Actual ‘start’ of ISO 9000 was probably during the US Navy Polaris submarine programme in the late 1950s when Admiral Hyman G. Rickover – who was the head of the US Nuclear Navy, and renowned for having a ruthless disposition and a very hot temper – became frustrated with the number of Polaris submarines that were unseaworthy and moored up at dockyards mainly due to defects, errors and general quality break -downs.
He took 30 fresh graduates from Harvard, gave each of them a list of subcontractors to visit and investigate, a time scale and report format and then sent them out into the industrial jungle! When they returned and the results were analysed, Rickover discovered that there were 18 major and semi-major items which were the most common, or root cause, to all of the problems being experienced. For example:
As shown here, the most important failures which needed to be immediately addressed were: 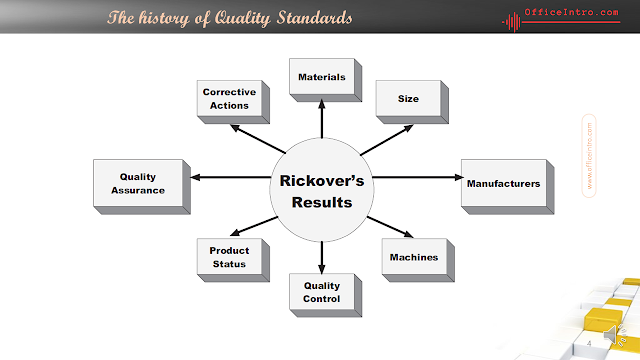 When ISO 9000 was first released in 1987, it was recognised as being mainly aimed at manufacturers and it was largely incomplete, requiring auditors to fill in many gaps. The first revision of ISO 9000 in 1994 eliminated many of these problems. However, an organisation could still conform to the standard but at the same time produce substandard products that were of a consistently poor quality! There
was clearly a major loophole that enabled organisations to comply with the requirements of ISO 9001:1994 – without having to improve the quality of their product or service!
Some managers also found it extremely difficult to see the real benefit of having to commit more and more manpower and finance in maintaining their ISO 9000 certification, and whilst most organisations accepted that the initial certification process was worthwhile (and could result in some very real benefits), these were mainly one-offs and it was felt that once ISO 9000 had been fully adopted within
an organisation, these savings could not be repeated.
The ISO 9000 certificate had been hanging on the wall in the reception office for many years, but there was little or no actual benefit to be gained from having to continually pay out for re-certification and surveillance fees.
On the other hand, however, BSI frequently came across organisations who initially sought ISO 9000 registration (because it was a requirement to continue business with a client), but having seen the benefits they, in turn, pushed it on down their own supply chain, thus increasing the requirement for ISO 9000 certification. 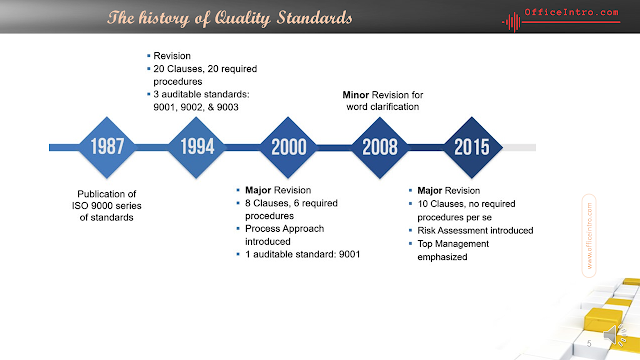 So as the 1990s progressed, more and more organisations started reaping benefits from the existing ISO 9001:1994 requirements, but as the standard became more popular the inadequacies of ISO 9001:1994 became more apparent. For example:
Some organisations were not manufacturers and did not need to carry out all 20 elements making up ISO 9000:1994 in order to be a quality organisation.
The standard was too biased towards manufacturing industries, thus making it difficult for service industries to use. 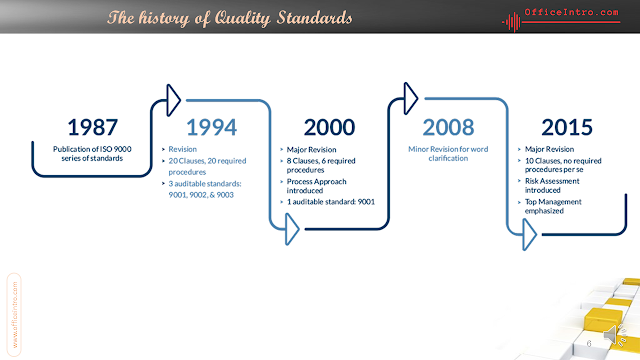 There was growing confusion about having three quality standards available for certification (i.e. ISO 9001, ISO 9002 and ISO 9003) and there was a need for the requirements for all three standards to be combined into one overall standard.
The ISO 9001:1994 requirements were duplicated in many other management systems (e.g. ISO 14001 for Environmental Management and OHSAS 18001 for Occupational Health and Safety), which resulted in duplication of effort. 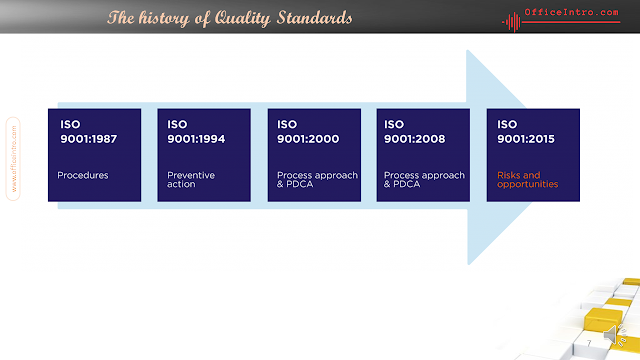 According to the rules of ISO (and similar to all other ISO standards), ISO 9001 is required to undergo review and revision every 5 years. The ISO 9001 standard was first revised in 1994 and then underwent a major revision in 2000. Thankfully, however, the changes made to ISO 9001:2008 were relatively minor and of little con cern to most companies. The new standard did not contain any new requirements, nor did it contain changes to any of the requirements of ISO 9001:2000 and, more importantly, it did not change the objective of ISO 9001:2000.
For all intents and purposes, therefore, the structure and outline of ISO 9001:2008 was identical to that of ISO 9001:2000 and only introduced clarifications to the existing requirements based on eight years of experience of implementing the standard worldwide, with over one million certificates issued in over 175 countries. It also introduced some changes to the wording, intended to improve consistency with the other Safety (OHSAS 18001) and Environmental (ISO 14001) Management Systems. According to ISO, the benefits of the changes to the wording in ISO 9001:2008 were as follows:
• easier to use;
• clearer language;
• easier to translate into other languages;
• better compatibility with environmental and safety management standards.
In November 2008 ISO published their latest revision, which was called (pretty obviously!) ISO 9001:2008. 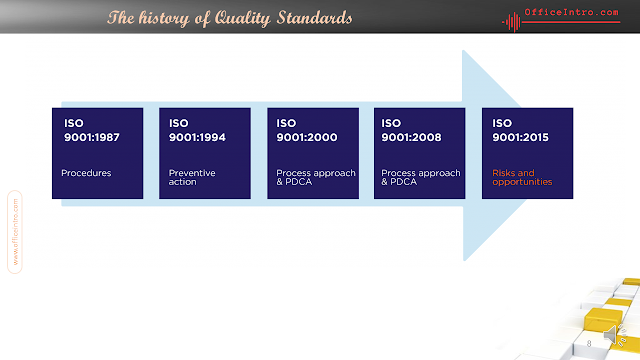 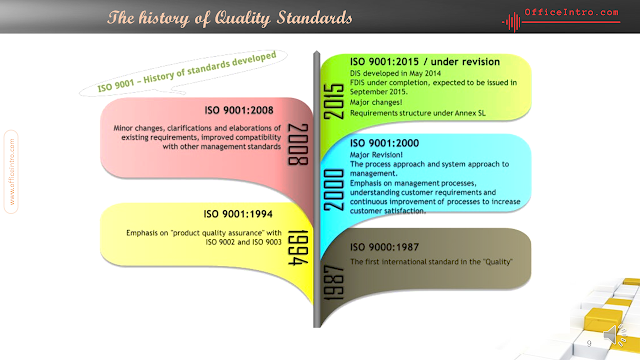 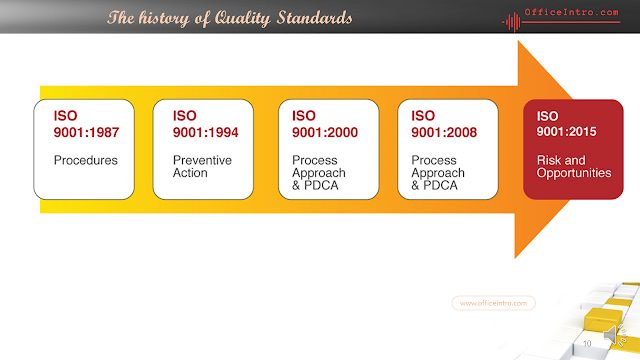 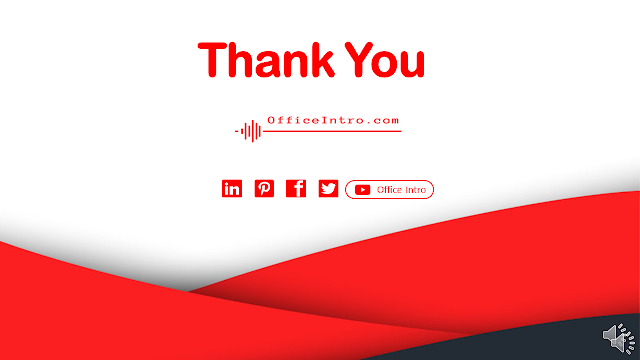